10 dead in a tanker truck explosion in South Africa 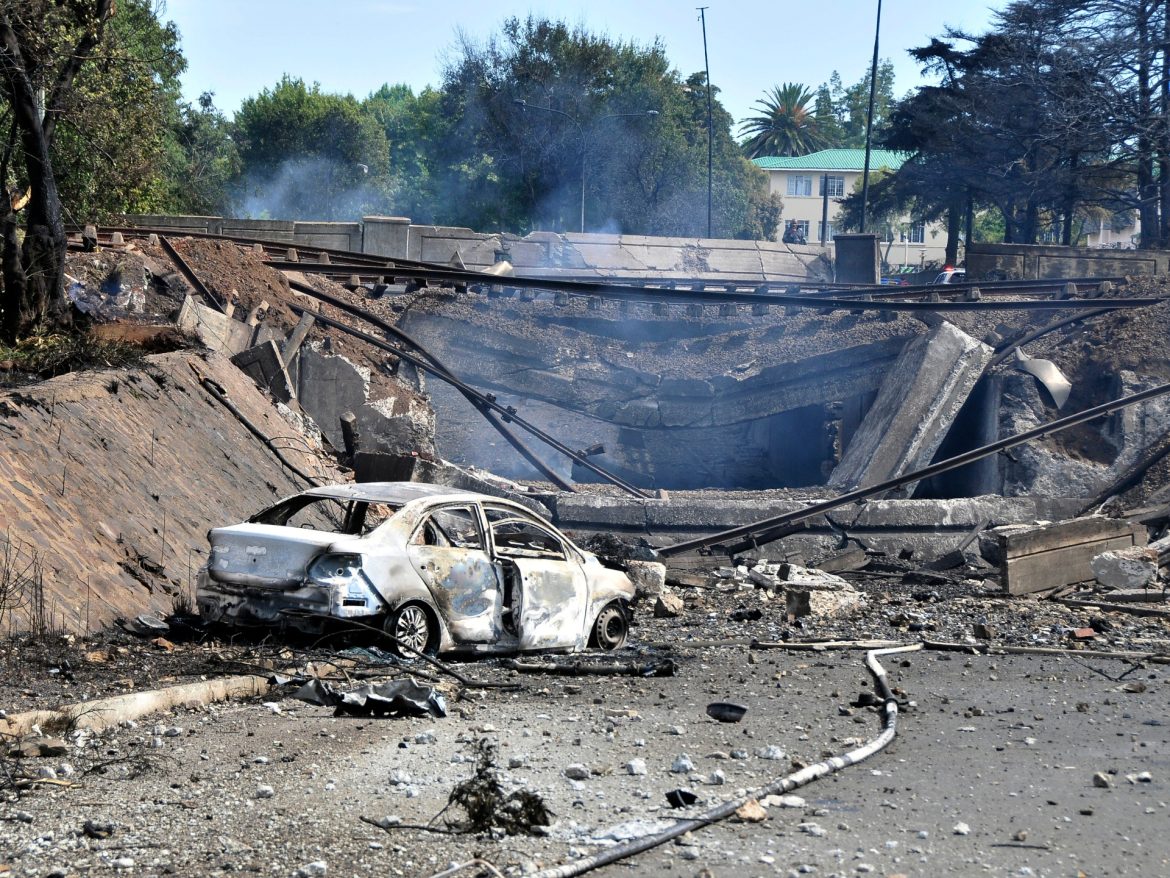 At least 10 people were killed and 40 injured in South Africa when a fuel tanker exploded in a town near Johannesburg, emergency services said.

The explosion occurred on Saturday morning in Boksburg, after a tanker carrying liquefied petroleum gas got stuck under a bridge near a hospital and homes.

“We received a call at 07:50 (0550 GMT) telling us that a tanker truck was stuck under a bridge,” William Ntlady, a spokesman for the emergency services in the area, told AFP.

Firefighters were called to put out the flames. Unfortunately, the tanker exploded.

He added that among the injured was the driver, who was taken to the hospital.

He said the death toll had risen to 10 from nine earlier.

Videos posted by residents on social media showed the massive explosion, as bystanders fled the flames and cars accelerated dramatically.

Local reports said that the explosion damaged many homes and vehicles.

It is believed that the truck took the petrol to the nearby OR Tambo Memorial Hospital, where some of the wounded were treated. According to media reports, patients in some hospital units were evacuated due to the explosion and fire.

“Walking from here was just a sight of utter devastation. I’ve never seen anything like this before,” resident Simon Labing told the local newspaper Citizen.

He said he saw the bodies of six adults and two children.

Of the 40 injured, Ntadi said from the emergency services, 19 are in critical condition, while 15 others are seriously injured but are in stable condition.

There was no immediate information about those killed in the blast.

The truck was carrying 60,000 liters of LPG, mainly used for cooking and gas stoves.

Tanya Campbell, the mayor of Ekorholeni municipality which includes Boksburg, said the incident would be investigated.

“The disaster management group on site is helping the victims of this tragedy and assessing the cause of the accident,” she said.

On behalf of the City, the Executive Mayor’s Office is committed to assisting all actors to ensure that those responsible are fully investigated and prosecuted. »