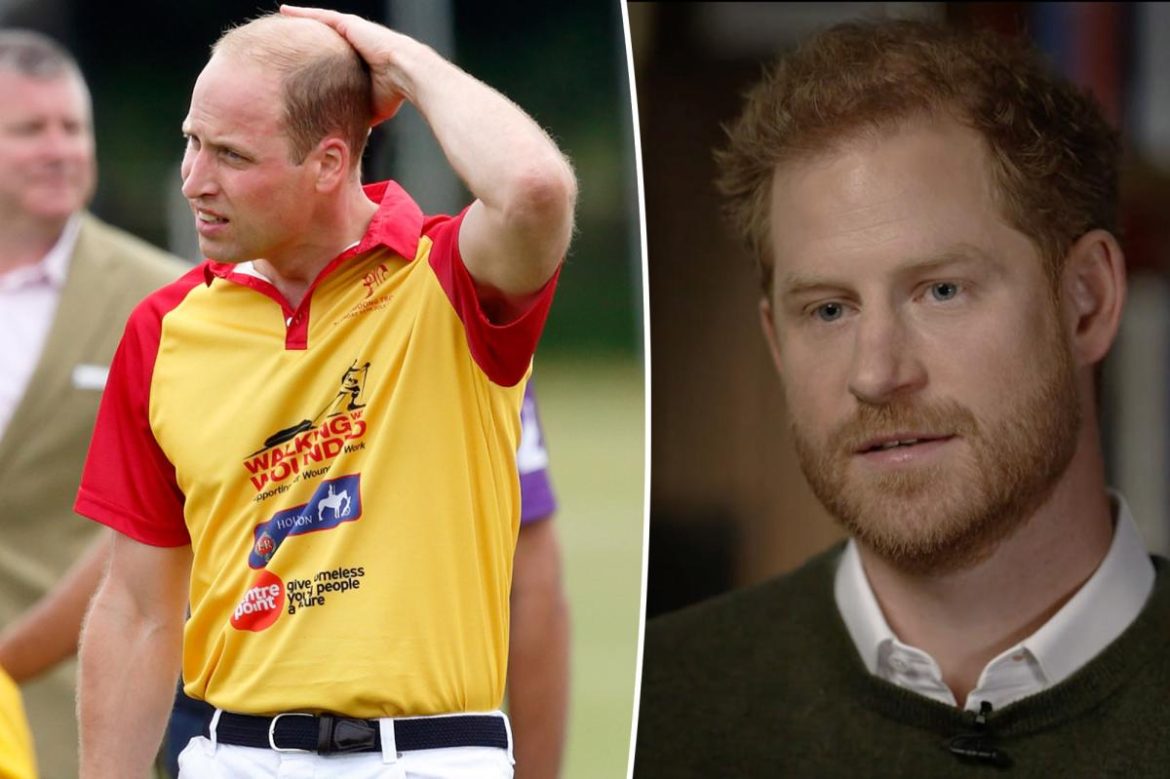 Prince Harry is defending comments he made and drawing attention to his brother Prince William’s “disturbing” baldness in his upcoming memoir, Reserve.

The Duke of Sussex, 38, appeared on 60 Minutes Sunday night and spoke to Anderson Cooper about his controversial relationship with his older brother, 40.

Cooper read the beginning of “The Spear,” in which Prince Harry investigates Prince William’s hair loss, and called it a “cut.”

“I don’t consider this a cut-off at all,” the founder of Invictus Games replied.

“My brother and I love each other. I love him deeply.”

King also told Cooper that there was “a lot of pain” between the brothers – “especially over the past six years” – and that they don’t speak on a regular basis anymore.

In ‘Reserve’, Prince Harry describes the moment after their grandfather Prince Philip’s funeral when he noticed how much his brother’s physical appearance had changed in recent years.

“I looked at Willie, really looked at him, perhaps for the first time since we were boys. I remembered everything: his familiar scowl, which was always shorthand for me; his disturbing baldness, more advanced than mine.” Harry wrote: “His famous mummy portrait that faded with time “.

Ballas told Page Six he would not comment on any allegations made in the bombshell, which will be officially released on Tuesday.